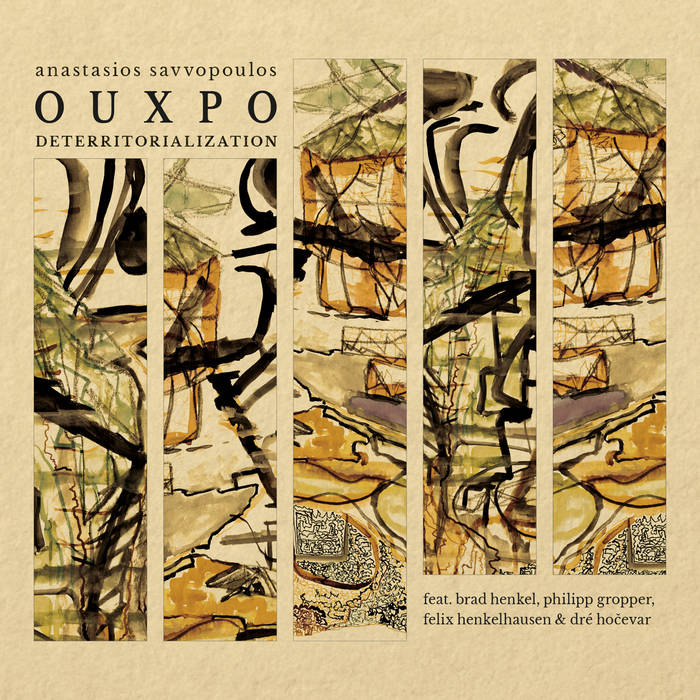 Physical copies housed in stylish 6-panel digipack with transparent tray are available to order from 1 September, 2019

As Derek Bailey puts in his seminal 1992 book on the nature and practice of improvised music, freely improvised music, variously called 'total improvisation', 'open improvisation', 'free music', or maybe most often commonly, 'improvised music' suffers from – and also certainly enjoys – the confused identity which its resistance labelling indicates. The lack of definiteness over its naming is, if anything, increased when we come to the thing itself. Diversity is its most consistent characteristic. It has no stylistic or idiomatic commitment, it has no prescribed idiomatic sound, the characteristics of freely improvised music are established only by the sonic and musical identity of the individuals playing it.

Free improvisation assumes a new experience, an unfamiliarity with what is to come, what is to happen, a total disruption of expectations. How much more intense and disorienting the experience becomes in the music of Anastasios Savvopoulos' OUXPO (Ouvroir d'X Potentielle). Each member of this Berlin-based, but remarkably international quintet – namely American trumpet player Brad Henkel, German tenor saxophonist Philipp Gropper, Greek guitarist and band-leader Anastasios Savvopoulos, German double bassist Felix Henkelhausen and Slovenian drummer Dré A. Hočevar – has an imposing resume of various musical adventures, but as a group, their music expresses particular qualities and raises challenging questions. OUXPO offers no customary constructions, no persistent prototypes. The improvising unit's two lengthy instant compositions here could be read as two vast chapters in a continuing story, following an abstract narrative of details.

The pool of five offers a seemingly usual, but here thoroughly matching instrumentation. The alchemy between the players undoubtedly works – what is more, it works blazingly. The sonic and musical personalities of the individuals – that Bailey talks about – define eventually this freely improvised session, and place it of the highest order. However, this document preserves the very first meeting of the players as a performing group, it clearly demands continuation. The music that you will hear on Deterritorialization is the quintet's complete Ljubljana performance, held at KUD Mreža's concert series FriForma at Klub Gromka on 19 September 2018 – without editing, literally as it happened.

Greek guitarist, improviser and composer Anastasios Savvopoulos (1980) is currently residing in Berlin. As a self-taught composer, he is mainly interested in the temporal forms of experience and the complexity of auditory phenomena that impact subjective perception and memory. Encounters with the theater of Artaud and his radical emancipatory project of the body through ritual, gesture and speech; Deleuze's concepts of deterritorialization, multiplicities, difference and repetition; as well as Bergson's duration and intuition shape the conceptual body of his theoretical and practical direction.

Brad Henkel (1985) is a trumpet player and composer from the States, currently based in Berlin. With a primary focus on improvisation, using a broad color palette of pitched and unpitched sounds, he creates and participates in music which is rooted in the free jazz, contemporary composed and Echtzeitmusik traditions. He studied jazz trumpet in Los Angeles with Bobby Shew and Clay Jenkins, and improvisation and composition with Jeff Kaiser and John Fumo. He also studied improvisation with Tony Malaby, Ralph Alessi and other staples of the New York scene. / bradhenkel.com

Saxophonist Philipp Gropper (1978) was born in Berlin and began to play his chosen instrument at the age of 7. He studied jazz saxophone at the UDK Berlin and played with the concert section of Bujazzo for two years under Peter Herbolzheimer. He has since been busy as a freelance performer and composer, dedicating most of his time to developing his very own musical ideas. Gropper has recorded more than fifty albums and has been awarded several prestigious prizes. He has been a member of the Jazzkollektiv Berlin since 2009. / philippgropper.com

Felix Henkelhausen (1995) was born in Oldenburg, Germany and started with classical piano and cello lessons at an early age. Later he became interested in the double bass and started his pre-studies at the HfK Bremn with Detlev Beier at the age of 16. Since 2014, he is studying at the Jazz-Institut Berlin with Greg Cohen. Other of his mentors have been Robert Landfermann, Jim Black and Drew Gress. Despite his young age, he has played with international renowned musicians such as Nate Wooley, Gebhard Ullmann, Toby Delius, Lotte Anker and others. / felix.henkelhausen.net

Dré A. Hočevar (1987) is a Slovenian composer and researcher based in Amsterdam. Currently, he is conducting his PhD studies at the Centre For Research In New Music, University Of Huddersfield. The central subject of his research and composition praxis is .meta [dynamic cognitive-apparatus formation, application, and analysis systems]. He is the artistic director and founder of .alfabet, Institute For Research In Art, Critical Thought And Philosophy, and is frequently leading workshops, seminars, and lectures in composition, performance, research. / theōriaedoxa.com