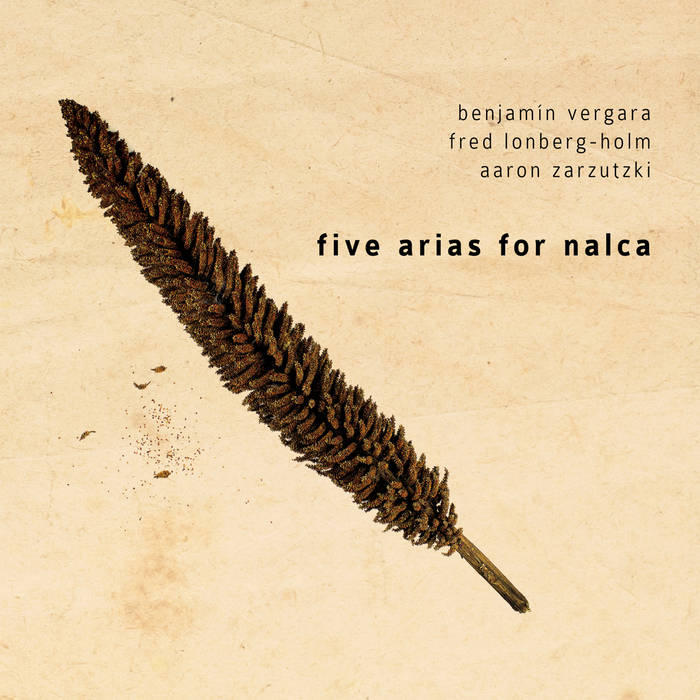 Physical copies housed in stylish 4-panel digipack with transparent tray are available to order from 15 December, 2018

Trumpeter, improviser and educator Benjamín Vergara (1982) was born in Santiago de Chile, and now based in the city of Valdivia, Chile. His work focuses on composed contemporary music, free jazz, improvised and experimental music. Professor in music improvisation at School Of Music And Sound Art at Universidad Austral de Chile (UACh), Vergara has collaborated with a huge range of musicians, ensembles and multi-disciplinary projects. He is the director of experimental music festival Relincha, occurring since 2014 in the city of Valdivia. / benjaminvergara.com

Chicago-based cellist Fred Lonberg-Holm (1962) has played and studied music in a variety of situations from The Juilliard School to the gutter. A former student of Anthony Braxton, Morton Feldman, Bunita Marcus and Pauline Oliveros, his primary projects are his Valentine Trio and The Lightbox Orchestra. He is also a member of a number of ongoing collective projects as well as participating in numerous one off ad-hoc or in frequently convening ensembles. He plays in various groups led by renowned saxophonists Joe McPhee, Peter Brötzmann and Ken Vandermark. / lonberg-holm.info

Kingston-based experimental musician and visual artist Aaron Zarzutzki (1987), recently performing and releasing as Zoots Houston, describes himself as “an improviser of various sorts”. He works primarily with misuse and perversion of objects and systems. As he says, virtuosity, volatility, futility and capability are thought of. Known for his self-made electronics and as an innovative turntablist, Zarzutzki has recorded and released remarkable duo albums with like-minded artists such as Brent Gutzeit, Nick Hoffman, Graham Stephenson, Richard Kamerman and Fred Lonberg-Holm.