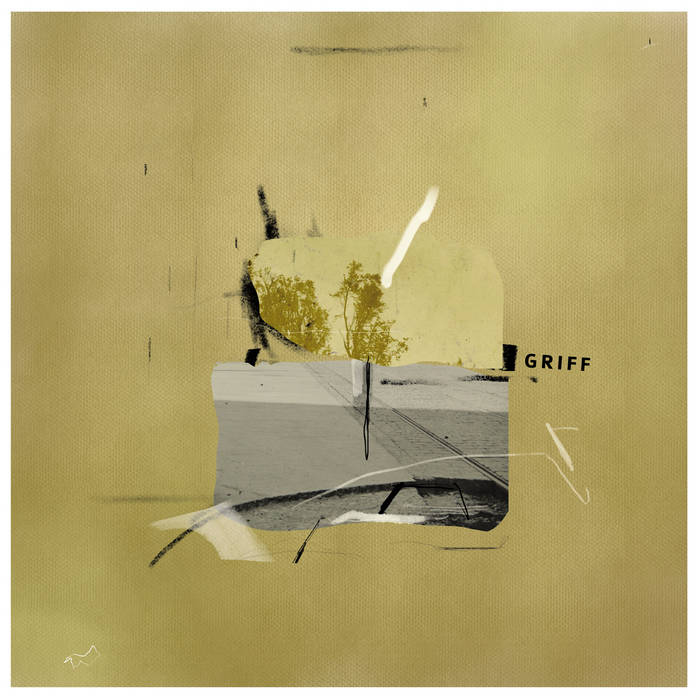 Compact discs housed in stylish 6-panel digipack with transparent tray are available to order from 1 December, 2020

180g classic black vinyls housed in stylish gatefold sleeve are available to order from 1 December, 2020 and shipping out on or around 15 March, 2021

We want language to be real, or maybe we just want it to sound real.
Or do we want language to not sound real, but be real, or make real.
Real language is the stuff we hear, they say.
The sound makes it real.
When it goes from real – outside the body – back into the body, via earhair and fleshcushions, more realness.
Undulate with me, but preferably against me.
Reverberate like flesh.
Piano to double bass to vibraphone: which itch, what scratch?
Reverberant bell skin.
Tin rattle pitched to dent.
A new bell, a new skin.
Off-pitch dent muster, creeping plant vine.
Moss on rock.
Rock with moss.
Glow of moss on rock.
Race to slow down, longest.
Growth of fire from two stones.

Music as the ultimate time-lapse sequence.
Real-time zoom-in magnification of infinitesimal to durational.
Shimmering in thanks as response to doubt: now can walk further afield.
Finally unbaffled.

The fatally thankful clunderclap: now a single loose string to tauten or not.
Achieving inexactitude perfectly.
Measures and methods of perfecting inexactitude.
The just-so of an exact presence purring with immateriality.
Practiced polysemy, practical polyphony.
Make a sense to exercise the sensation of meaning.

The how? No please; no thanks.
Pleasure and gratitude are better than that.
Bones are made of flutes not the other way around.
Forget opposites, it’s contradictions in thirds, the better to stick and fit.
The strength of triangles for the ultimate supportive throb.
Candles aren’t water but still – drink drink drink
The moment of losing the intimidation of plants.
An angel made of water lighting candles.
Wilderness of detail delivered in static reframing.
Big, dark, open spaces illuminated with small, light, faint things.
A candle flame always roughly the same size.
But O the shapes.
Half human, half fire.
Half candle, half water.
The parabola of the vital thwack of life.

Pianist and voice artist Ingrid Schmoliner (1978) lives and works as a freelance musician, composer, curator and pedagogue in Vienna. Artistically she navigates among genres of new music, avantgarde jazz, free improvisation and folk music. Further focus of her work is on interdisciplinary collaborations with dancers, choreographers and media artists. She has performed and recorded with artists such as Udo Schindler, Joachim Badenhorst, Pascal Niggenkemper, Elena Kakaliagou, Thomas Stempkowski and Hamid Drake. / ingridschmoliner.klingt.org

Danish double bass player, composer and researcher Adam Pultz Melbye (1981) currently lives in Berlin. He has toured extensively as a solo artist and with several own and co-led projects in Europe, the United States, Japan and Australia. He creates sound installations and is a frequent collaborator of dancers, filmmakers and visual artists. His most remarkable on-stage collaborators include Axel Dörner, Evan Parker, Lotte Anker, Pat Thomas and Julia Reidy. He is currently undertaking practice-led PhD-research at Sonic Arts Research Centre in Belfast. / adampultz.com

Berlin-based Mexican vibraphone player, percussionist and sound artist Emilio Gordoa's (1987) work has been presented at numerous festivals worldwide, and is often characterised by collaborations with other art forms. He is redefining the vibraphone as a sound source, treating it with preparations and extended techniques, and is a busy composer as well, writing graphic scores for various ensembles, theater plays and documentary films. He has performed with Ute Wassemann, Nate Wooley, John Butcher, John Edwards and Butoh dancer Yuko Kaseki. / emiliogordoa.com