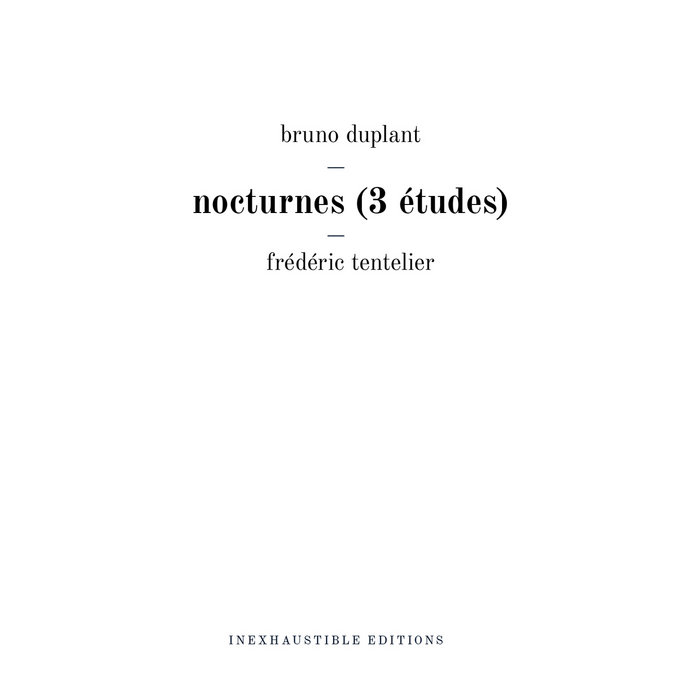 Rutger Zuydervelt (Machinefabriek) "As Ignorable As It Is Interesting". This quote from Eno seems perfect for this release. It works great to just play this in the background, on repeat. It creates a beautiful sonic space. But more focused listening is rewarded too – it's quite an enchanting release.

Physical copies housed in stylish 6-panel digipack with transparent tray are available to order from 1 August, 2020

For prolific composer, improviser and multi-instrumentalist Bruno Duplant (1968) composing, improvising and playing music is similar to imagining, creating, and sometimes decomposing new spaces/realities and new entities. But it is also a reflection on memory, not the historic one, but memories of things, spaces and moments. His music – strongly inspired by writings of Gaston Bachelard and Francis Ponge, and by composers such as Cage, Luc Ferrari, Eliane Radigue or Rolf Julius – is imbued with sweet melancholy. For some time, his photographic practice and poetry join his musical practice – in many crossings, for many exchanges.

French artist and musician Frédéric Tentelier (1981) creates musical theater performances and sound installations. He has been making music that is intended to confront with particular spaces and time within a theatrical set. The music he composes – with field recordings, Fender Rhodes, organs, banjos or objects – is recorded in specific spaces from graphic scores, topographic maps, harmonic translations or improvisations. He considers field recordings as harmonic and musical materials but also as temporal materials structuring musical forms. / frederictentelier.com