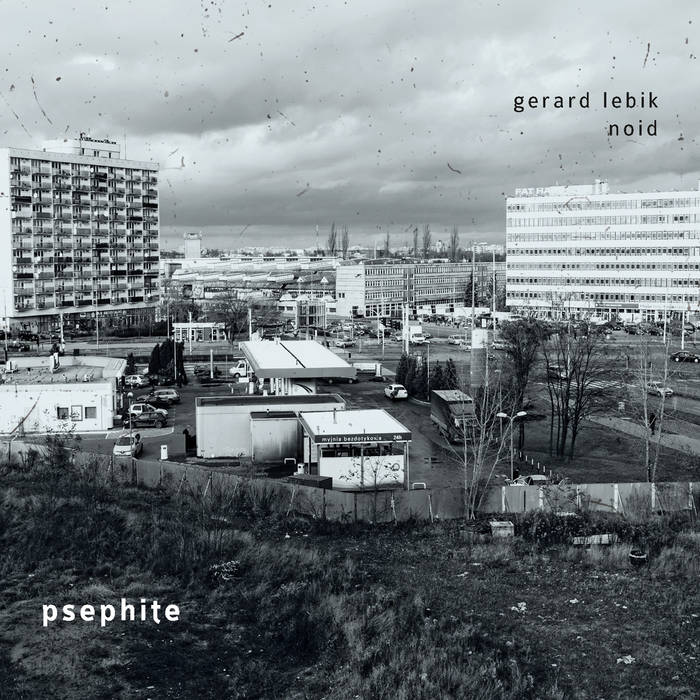 Physical copies housed in stylish 6-panel digipack with transparent tray are available to order from 1 June, 2020

Polish saxophonist, improviser, composer and sound artist Gerard Lebik’s (1980) music and radical sound works oscillate between improvised and composed forms. Using acoustic and electronic media, he focuses on such phenomena as time, space, and perception of sound waves. Founder and curator of Sanatorium Of Sound festival and platform for experimental and new music in Sokołowsko, Lebik has collaborated, recorded and performed with Phil Minton, Keith Rowe, Jérôme Noetinger, David Maranha, Lucio Capece and Ryoko Akama among many-many others. / gerardlebik.net

Vienna-based sound artist and cello player Arnold Haberl (1970), commonly known as Noid, understands his work as a fundamental research, leading to a wide range of contradictory outcome, spanning from cello solo and tape pieces to compositions for ensembles, improvisation scores or performances with electronic or hybrid instruments, from sound-installations to videos and imaginary music. Consequently ignoring the border between sound art and music, his main interests are the research on space and his lifetime occupation with the cello. / noid.klingt.org